The Bagel is Sold

After spending over a decade as owners of Stowe’s only bagel shop, Terry and Paul Smith are ready to slow down.

The couple sold The Bagel to Max Levine Jan. 11. Terry and Paul, both in their 70s, say they’re looking forward to spending more time with their grandchildren.

The Smiths are the third owners of the shop, which opened 30 years ago, making it one of Stowe’s longest-running eateries.

They purchased it in 2003 and owned it with their son, Tom Russell. 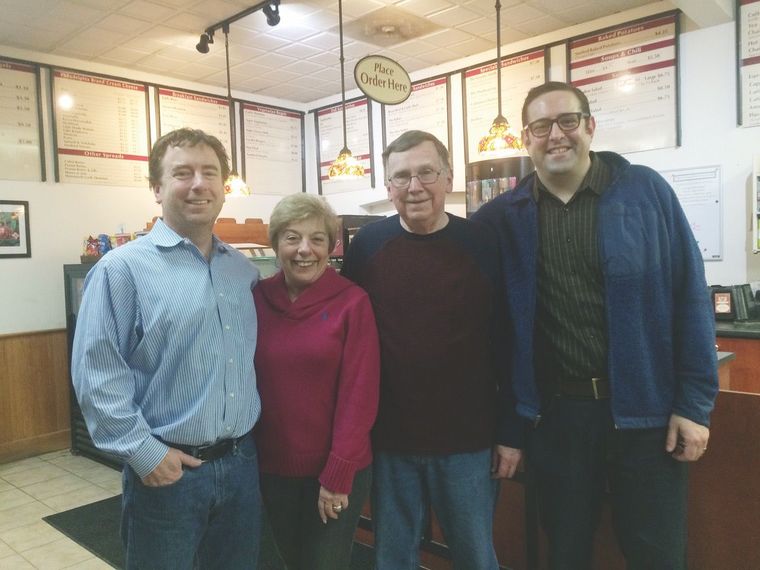 They plan to hold on to their other Stowe business, the Backyard Tavern, which they’ve owned for nearly 20 years.

On an average day, the shop produces about 1,000 bagels, made the traditional way. The dough is shaped and boiled before being baked.

There isn’t a best-selling bagel variety, according to Smith.

Some customers stop by daily and always place the same order.

“We have regular customers that, when we see them parking their cars, we can start making their bagels,” Smith said.

While most out-of-town customers stop by during visits to Stowe, others come to town just to buy large quantities of bagels.

“We have customers from Maine who call in an order of 10 dozen and come to Stowe specifically for the bagels,” Smith said.

Some local customers purchase bagels to take with them when visiting relatives from out of state, or to ship to service people stationed overseas.

You’ll find Paul Smith behind the front counter most days, waiting on customers.

Terry Smith handles the business side of things, including hiring and training staff. But when things get hectic, you’ll find her helping her staff fill orders and make sandwiches.

She has mixed feelings about turning over the keys.

“I’m sad to see it go, because I put so much of myself in it,” Smith said. “The customers are great. I’ve made so many friends.”

Levine, a Chicago native who lives in Stowe, has never worked at a bagel shop, but he has extensive experience in food service. He’s worked at Topnotch Resort and Spa and was banquet manager at Stowe Mountain Lodge.

He describes his purchase of the shop as “serendipitous.” He had been contemplating his next career move when he received an email from a friend, advising that The Bagel was for sale.

“This was an amazing opportunity to have an established, well-loved business I could pick up,” Levine said. “It’s a great thing to keep going.”

Levine’s mother, Lynne Gedanken, will be his business partner.

He doesn’t plan to make any changes at the shop for now, and will spend the next year or so learning all aspects of the business.