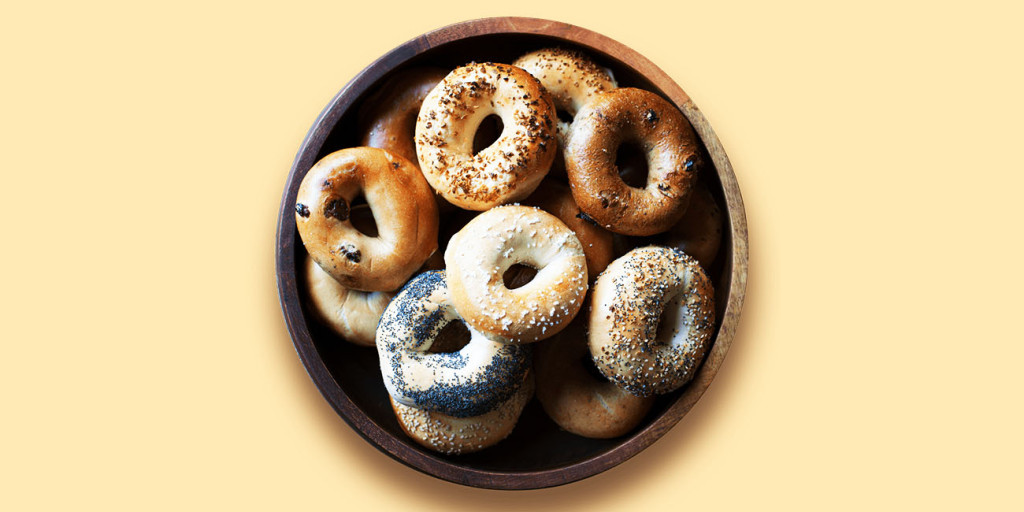 A bagel is a great snack for any time of day, but how much do you really know about this fiber-rich food? To find out all of the facts that you may have been missing out on, we are here to inform you about everything that you never knew about bagels! Be sure to come back soon for our part two article, coming to reveal the top eight things that you didn’t know about the bagel!

Bagels have been documented in history as far back as the 1500s and served as a primary staple of the Polish diet. The first mention of the snack is found in the regulations of the Polish city of Krakow, where the “bajgiel” was known to be a common gift for women giving birth.

The word “bagel” is said to be rooted from the Yiddish term “beygel.” All historic language variations of the term root back to the same meaning: “ring.” Surprising, right?

Number Thirteen: The Reasoning for the Hole

The most iconic aspect of the bagel is the round hole in the center, but it wasn’t just a unique marketing idea for the bread; it actually serves a purpose. The hole increases the surface area of the bread, allowing more crust formation and a faster cooking time. In the olden days, bagels were sold from a wooden rod which held the snack.

If you ever doubt how seriously New Yorkers take their bagels, this will sure set you right. In the early 1900s, the bagel fanatics of New York set up the Bagel Bakers Local union to regulate the production of bagels. As many as 338 workers slaved to make the perfect and most delicious bagels of all time, all by hand. This act set the basis for what we know bagels to be today.

Number Eleven: The Little Ones

As it has done to many of our modern food options, America has significantly raised the standard for bagel portion sizes. The bagel form from the early 1900s was thinner and smaller, making them less fluffy and chewier. Because of this size, they went stale increasingly fast. When this happened, people would usually dip them in tea or coffee like a bland biscotti.

Because they didn’t last very long, it took decades for the bagel to reach areas of America outside New York. To break the ice, a man named Harry Lender opened one of the first bagel bakeries outside the city lines, based in New Haven. This is where the Jewish population of America came to love this bread, as nearly a sixth of the area’s population was Jewish. He sold most of his stock on Sunday mornings, which made him learn that the snack could be preserved by freezing. Thus, he was able to ship his creations to supermarkets.

The bagel is among the various, beloved foods that have been involved in space travel. In 2008, astronaut Gregory Chamitoff stocked his bags with Montreal-style bagels from his hometown before setting off in the Space Shuttle. Be sure to come back soon for our part two article, coming to reveal the top eight things that you didn’t know about the bagel!