WRRV Radio has an interesting story about 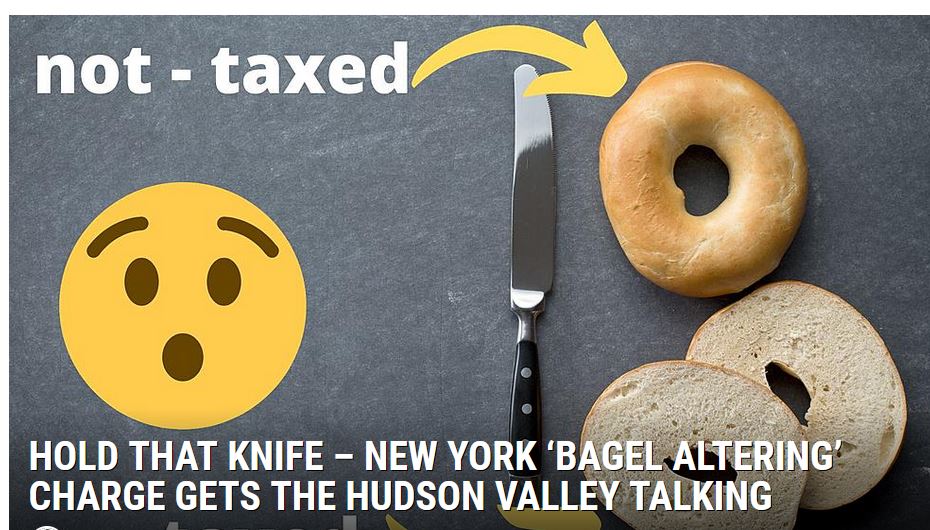 Here in the good ol’ Empire State, having a bagel ‘altered’ in any way requires a tax, and it isn’t necessarily something new.  According to some articles dating back to 2010, the state of New York imposes an eight cent tax for slicing or toasting a bagel, even if you don’t get anything on it, because it has been altered from its original bagel state. Altering, cutting or modifying the bagel from its original shape makes it a prepared food, and therefore it can be taxed.
Read More: Hudson Valley Discussion About ‘Prepared Food’ Tax on Bagels