The Bagel Nook, the same folks responsible for the infamous Oreo bagel, have now introduced something brand new and you can get it if you visit their New Jersey shop. The two are Flamin’ Hot Cheetos Bagel and the Doritos Bagel and you can either get them both or split it or do whatever you please because this is really happening.

Food Instagrammer, JunkBanter posted the following picture on social media and with one look you’re going to think of all the many ways in which you can get your hands on this deliciousness 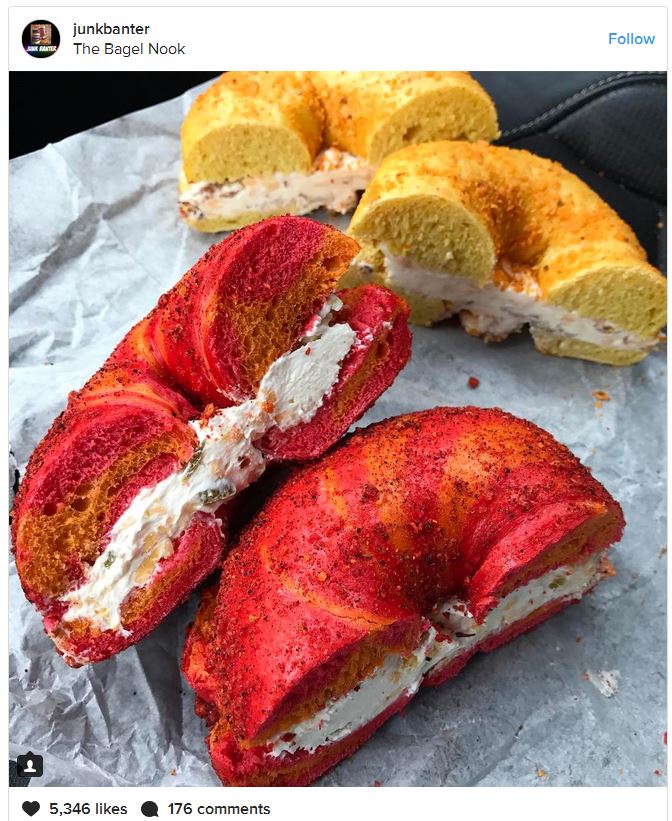 Refinery29 reported about this first, stating that the Flamin’ Hot Cheetos bagels were released over the weekend and that the shop suggests ordering the bagel with their brand new cool ranch cream cheese. Or if you want to make it even spicier, the ghost chilli pepper cream cheese. Due to popular demand, they brought back the Dorito Bagel, which is made from Nacho Cheese flavored Doritos and pairs well with the bacon and cheddar cream cheese.

If you happen to try these gourmet bagel creations please drop us a note and send us a pic too!