Following a successful launch at club retail locations in late 2021, Einstein Bros.® Bagels is launching its popular Everything Bagel Seasoning in partnership with B&G Foods in grocery stores nationwide. Einstein Bros. Everything Bagel seasoning will be available later this month at over 5000 stores throughout the U.S.

The Everything Bagel, a top seller for Einstein Bros., features a signature everything seasoning blend made of sesame seeds, dried onion, dried garlic, salt and poppy seeds. Now, the beloved bagel seasoning can be used on virtually any savory dish to add crowd-pleasing pizzaz to your meal. 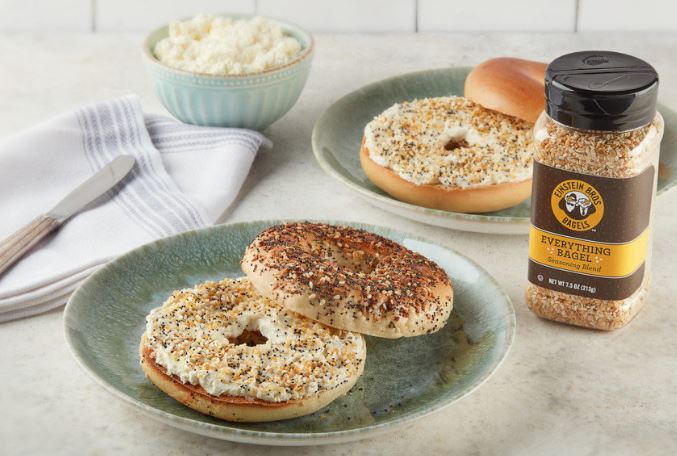 “When it comes to Einstein Bros. Everything Bagel Seasoning, we all know it’s great on avocado toast and fried eggs, but we encourage you to go beyond breakfast,” says Chef Chad Thompson, head of culinary innovation, Einstein Bros. Bagels. “A few sprinkles can significantly elevate the flavor of any dish, including grilled salmon, mac and cheese, creamy soups, grits, salads and vegetables.”

The expansion of the seasoning line follows the increased distribution of the brand’s popular Take & Toast bagels as more consumers crave the fresh flavors of Einstein Bros. Bagels from home.