Nobody really knows why bagels exist 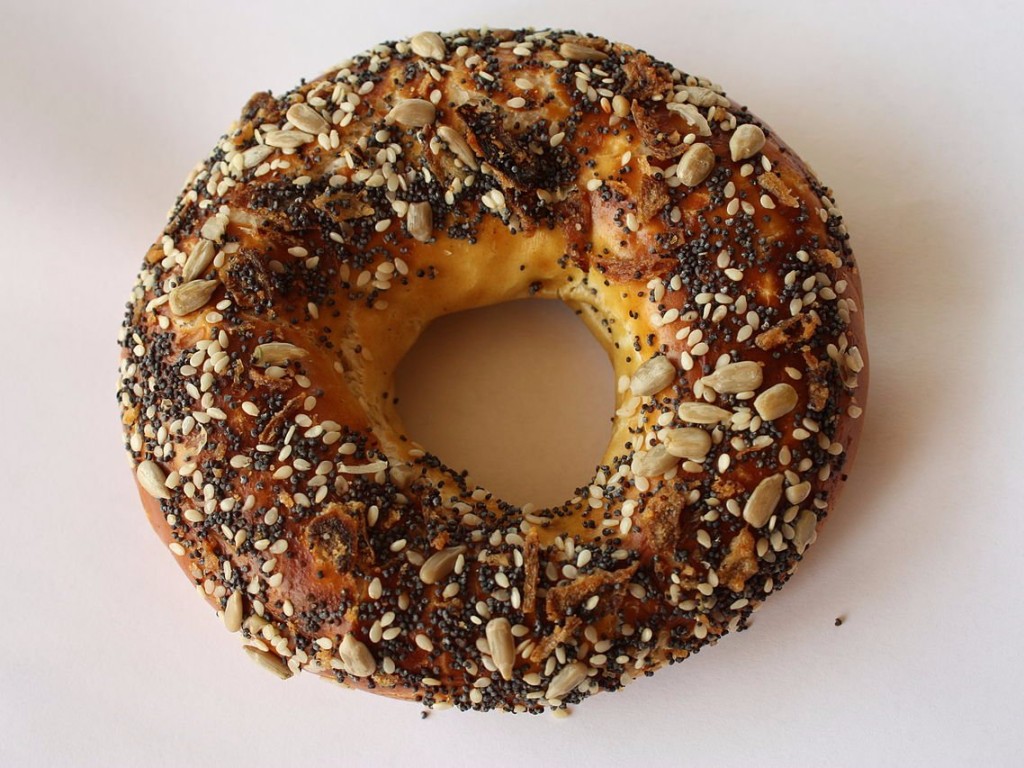 The cupcake tried. The Cronut threw its hat in the ring. But none could top the world’s original culinary sweetheart, the bagel.

The It Food of 2016 has sparked some unusual iterations, from the psychedelic-looking rainbow bagel to the everything bagel doughnut.

There’s even a Tinder user who landed over 1,000 matches this week by pretending to be an everything bagel.

Yes, the bagel — which the New York Times described in 1960 as “an unsweetened doughnut with rigor mortis” — has outlasted one ridiculous food phenomenon after the next. It dates back six centuries, and its origin story is as contested as “Game of Thrones” fan theories.

In the 14th century, Germans migrated east to Poland where the economy flourished. They brought their pretzels with them — “the thick bread of the German variety, not the American kind that comes in plastic bags,” Ari Weinzweig writes for The Atlantic.

Maria Balinska, managing editor at The Conversation, lays out the evidence in her book, “The Bagel: The Surprising History of a Modest Bread.”

The doughy treats, common in German monasteries, evolved into a circular roll with a hole in the middle. Known as an obwarzanek, the bagels emerged as a feast day bread. They later exploded in popularity when Queen Jadwiga, the first female monarch of the Kingdom of Poland, gave up rich breads and pastries in favor of eating obwarzanek for Lent, a religious observance in which Christians offer a small sacrifice up to God.

However, there’s another, more popular theory that can be chalked up to gastronomic lore, according to Balinska.

The story goes, a baker in Vienna, Austria, accidentally invented the bagel in the late 17th century. He made it as a tribute to the King of Poland, Jan Sobieski III, who led forces to save Austria from Turkish invaders. The baker, aware of the king’s love of horses, shaped the yeast dough into a circle and called it a beugel, which is Austrian for “stirrup.” 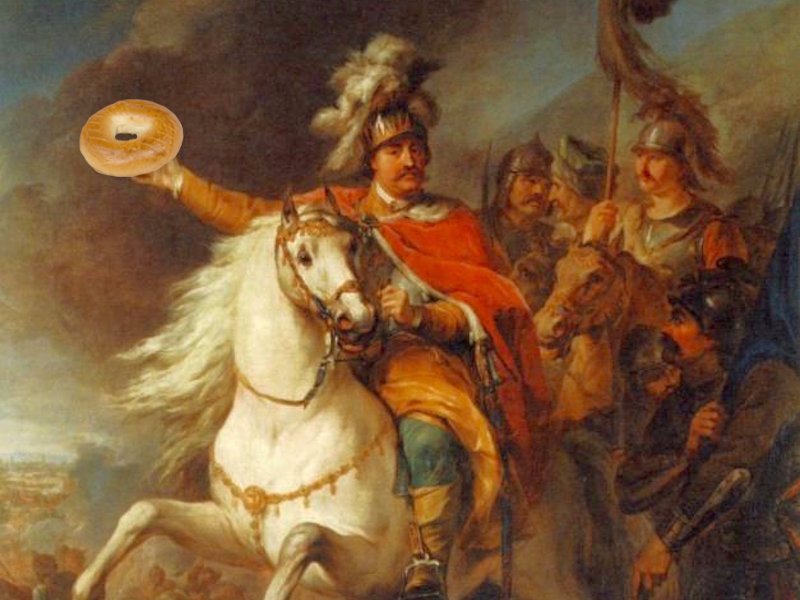 “The pairing of a Polish warrior king and a small Jewish bread roll is not only incongruous but is also entirely fictitious,” Balinska writes, citing written evidence of the bagel’s existence hundreds of years earlier.

Still, the tale of the stirrup-shaped tribute is a favorite among bagel connoisseurs.

“Whatever its origin, the story of the bagel being created in honor of Jan Sobieski and his victory in Vienna has endured,” Balinska says.