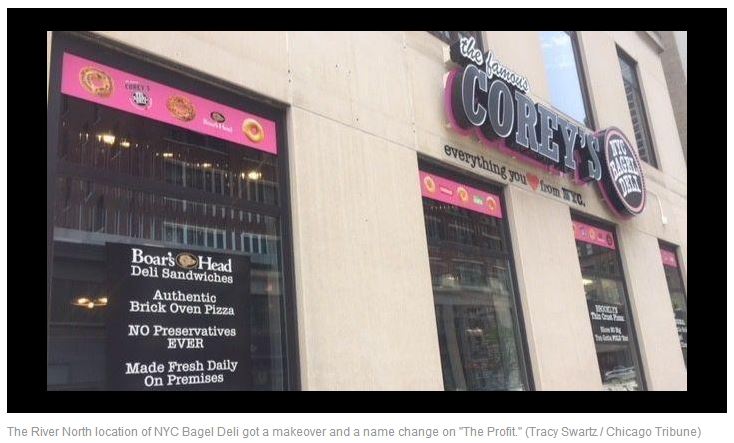 The Chicago Tribune is reporting that a Chicago-area bagel business is set to be featured on CNBC’s “The Profit” in the second half of Season 5, which began airing this month.

Chicago entrepreneur and investor Marcus Lemonis visits 10 businesses around the country that could use some help. Ellison Eyewear, a designer glasses company based in the Near North Side community, is slated to be featured on the June 26 episode, while episodes devoted to Corey’s NYC Bagel Deli, Hangout Lighting and Simply Slices will air later.